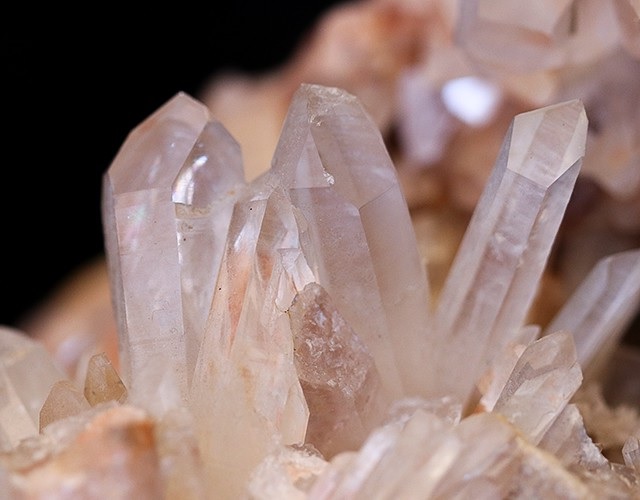 The most highly sought quartz specimens from the Monroeville locality are those of 3rd generation crystals. Crystals from the third generation are often more distinct with sharper faces than crystals from the 2nd generation. These crystals range from water clear, milky gray to smoky black. Many local collectors refer to these as Huron diamonds due to their similarity to Herkimer diamonds, though Herkimer diamonds are generally clearer, more abundant and can be much larger.

Although crystals less than 5 mm in size are the norm at the Monroeville locality, individuals up to 3 cm have been observed. Any complete crystal from this generation of good form, larger than 1 cm and on matrix should be considered a prize. A better than average, cabinet size example of 3rd generation diamond like crystals on matrix is displayed in the photo to the upper right.

The 3rd generation of quartz also formed after a no longer present occurrence of Anhydrite. Several examples of micro quartz crystals forming platy casts of large Anhydrite crystals have been observed. These thin casts are very delicate and are often incomplete. A typical example of this occurrence is displayed in the photo to the upper left. 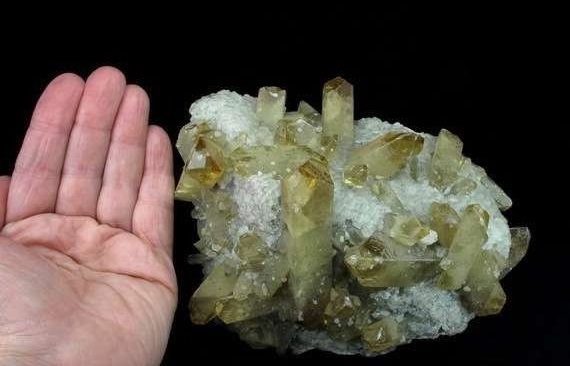 Notice that many of the smaller accessory quartz crystals are much clearer than the largest crystal. Occasionally crystals from this 3rd generation are an attractive smoky black color. The exact cause of this coloring has not been identified, but may be a result of higher levels of uranium in the Huron Shale. Over a long period of time, exposure to small amounts of radiation from the surrounding shale may have darkened these crystals.

However, this may not be the cause as only a small percentage of 3rd generation crystals are smoky and no crystals from the 2nd generation have been observed with this coloring. It has also been hypothesized that thin inclusions of marcasite may be the cause. In either case, these smoky crystals are unique and unlike most Ohio quartz. Typical smoky quartz crystals are displayed in the photos to the lower left and lower right.

Enter your email address to subscribe to this blog and receive notifications of new posts by email. 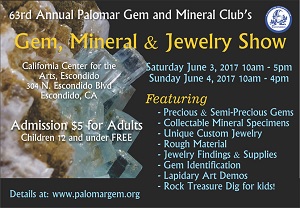 White gold vs yellow gold: what are the differences and do they matter?

Among The Industry’s Most Discreet Jewelry Houses, Moussaieff Is Known For Its Gemstone Expertise